If this is your first visit, I recommend using the archive below (The Journey So Far) to begin with the oldest post and work your way up to the most recent. That way you can learn about the hCG diet along with my daughter Sarah and me. Simply click on 2009 and then November. We are so glad you're here!

The Journey So Far

Journey to My Family Blog!

It was inevitable.  I should have known the day would come when Dr. Atkins and Dr. Simeons would come together in my life.  I wouldn't be surprised to learn that those two, wonderful men are spending time together in the Afterlife, comparing notes on their life-changing approaches to weight loss.
Dr. Robert C. Atkins                    Dr. Albert T. W. Simeons 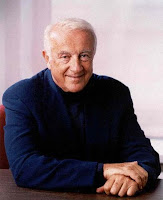 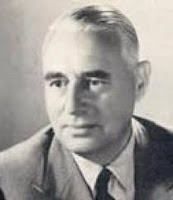 At first glance, one would think their methodologies are diametrically opposed.  They are, indeed, very different.


Dr. Simeons's 6-week protocol severely restricts calories to 500 per day and allows no fat in the diet (Dr. Simeons even banned lotions and lipstick), while relying upon the hormone HCG to release the body's stores of fat  to be burned as energy, leading to weight loss.


Dr. Atkins's diet is meant to be a permanent lifestyle change, which generally has no caloric restrictions and encourages the consumption of healthy fats, allowing the restriction of carbohydrates to cause the body's fat stores to be released for energy, leading to weight loss.

See the similarity?  Both physicians recognized that the most efficient way to lose weight was to force the body to burn its own fat for energy, rather than burning the readily available carbohydrates so prevalent in the average American diet.  This overabundance of carbs, by the way, has led to skyrocketing levels of obesity, diabetes, and heart disease in this country.


While first doing the HCG diet 3 years ago, I also took note of the diet Dr. Simeons recommended to maintain your weight loss after completing 6 weeks on his protocol.  In essence, it was a low-carb diet he advised.  Proteins, fats, vegetables, and limited fruits, but no sugar and no starches.  No bread, rice, potatoes, corn, sweets, etc.  Yes, I think Drs. Atkins and Simeons would have been friends with much in common.


So how did these two great men suddenly intersect in my life?
I have mentioned in this blog how much I believe in the Atkins diet and how I lost a great deal of weight following its precepts a dozen years ago.  I've also discussed how I eventually regained all the weight I had lost (plus ten), only to find in 2009 that the Atkins diet seemed to no longer work for me.  That, in turn, led to my discovery of HCG.


Around the time that I was going through this battle, it seems that a number of prominent, long-term low-carb devotees were also struggling with reduced effectiveness of carb-counting to maintain their weight.  They did some research and ultimately rediscovered 3 pages in Dr. Atkins's book, New Diet Revolution, which we had all overlooked—largely because our metabolisms were younger and healthier then, so we didn't need those 3 pages!


Who would have thought that our aging bodies would become more insulin resistant with the passage of time?  Who could have dreamed that our metabolisms would become so adept at converting our beloved protein to carbohydrate (gasp!)?


Thankfully, Dr. Atkins had already faced this scenario with a small percentage (less than 1%) of his patients and he had an answer, which he recorded on pages 272-274 in his book (2002 edition), under the subheading "The Fat Fast."


Exactly what is the Fat Fast?  That is a subject for a whole separate blog post.  For now, suffice it to say that I started the Fat Fast 8 days ago, on March 1st, and I've lost 9.8 lbs. in that time.  And I feel great.  It's working!


Two days before I began the Fat Fast, I also started taking the HCG drops again.  I would never have thought to use the HCG hormone with a high-fat diet, especially since Dr. Simeons was so adamant about controlling fat while following his protocol, but a few months ago I read an article by a woman who did just that and she reported good results.  So I decided to give it a try myself.


Based on my own past experience, the HCG did as Dr. Simeons promised: it released and redistributed my body's fat, helped my skin and muscles remain toned, gave me a feeling of well-being, and curbed my hunger.  Why wouldn't I want to add these advantages to those promised by Dr. Atkins?  Certainly it was worth a try.


And together, these two physicians have come through for me again.  In my next post, I'll share details about the Fat Fast: what it is, why it works, how to do it, and other fascinating facts.  Stay tuned!

I love hcg drops diet and I love Dr.Atkinsons job and diet.